Sarah Allbrook studied for a Fine Art Painting degree at Norwich University of the Arts and have been painting landscapes around East Anglia since graduating in 2009.

“I predominantly paint in oils as I love the creamy texture, consistency and variety of marks that can be made, from washes and thinly scraped back brushstrokes to thick impasto.”

Sarah began painting en plein air in 2017 and joined Norwich Outdoor Painting group in 2018. Paint Out Norwich was the first time she had entered a painting competition and she proceeded to scoop the Third Prize in Oils and People’s Choice Exhibition Vote, and sell extremely well during the PV and Exhibition. One to watch!

“I love the thrill of painting on location, reacting directly to the light, movement and atmosphere of the scene in a limited time period.”

“I am absolutely thrilled to have won two awards at my first Paint Out Norwich. Doing the competition was such a valuable and unforgettable experience and I learnt a great deal through painting so intensely for four days in the company of other artists, and working on a larger scale than I am used to. During my time studying in Norwich I was never brave enough to get outside to paint and so I particularly loved trying to capture the city at night for the first time!” 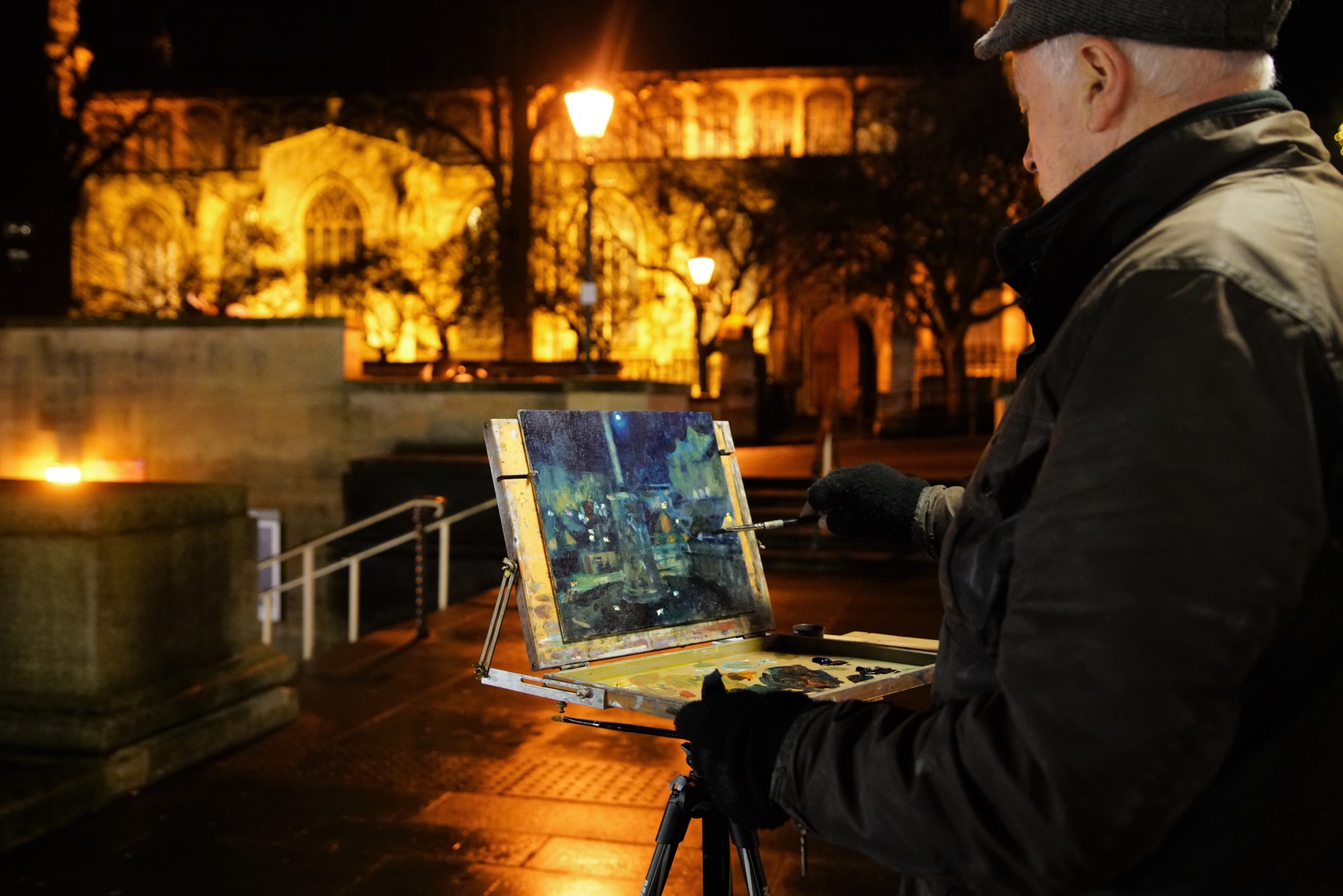 Richard Bond’s work has been exhibited in national group shows and painting competitions, including the Singer & Friedlander/Sunday Times Watercolour Competition, the Lynn Painter-Stainers Prize Competition and the Royal Watercolour Society Open Competition. An article about his work and working methods in watercolour appeared in International Artist magazine (vol. 86).

In the summer of 2013, Richard set up the Norwich Outdoor Painting Group, an informal group of local artists that meets once a week throughout the year to paint en plein air in Norwich city centre.

Richard won the First Prize at Paint Out Norwich 2015. In 2016, he followed that with a First place win in the Watercolour category. The judge, Hugh Pilkington, awarded him a judge’s commendation in 2017 for Richard’s “Indian Summer”, on Mousehold Heath.

Another of the three First Prizes at Paint Out Norfolk 2022, each chosen by a different judge. This was Emma Perring's "Staithe Street", Wells-next-the-Sea, Norfolk, Oil Painting, 30x40in, £450. It was chosen by experienced artist, tutor and prizewinner himself, Michael Richardson. See the Painting itself in the third image.